How to operate a backhoe 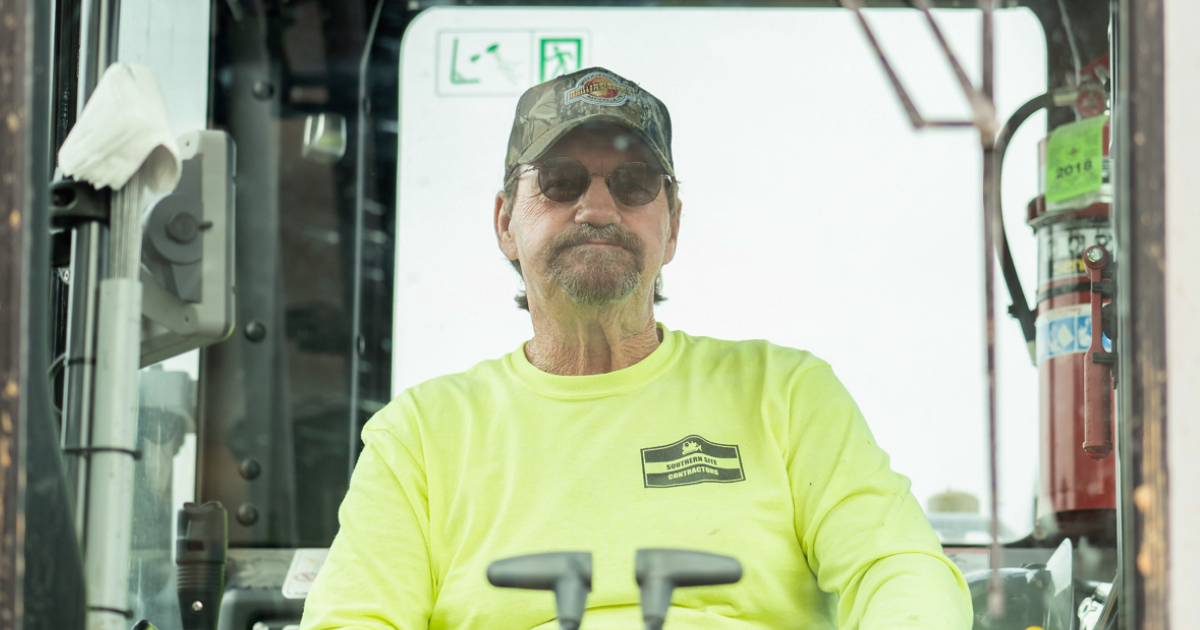 Contractors, utility companies, and governmental agencies love backhoes for their two-machines-in-one ability to multitask. They can reposition materials, move dirt, load trucks, dig trenches, break up concrete, do light grading … you name it.

Learning how to operate a backhoe can give you a leg up on two other essential construction machines: a wheel loader and an excavator.

Watching a pro operate a backhoe will bring a smile to your face. Pros have got the moves down, making a bulky, awkward-looking machine look graceful. But that pro was once a newbie and, in the meantime, has logged many hours in that seat.

Learning how to run a backhoe takes time. First up: you’ll need to learn control basics and safety procedures. Later, you’ll find out about tips and tricks.

If you’re working for a company, the utility locates should have been done before you came on site. If you’re a weekend warrior or want to get some seat time in on a backyard project, make sure you’ve called 811 to get the utilities located. The last thing you want to do is take out a utility in your neighborhood or blow something up.

Put on your hard hat and safety vest and walk around the machine, checking for under-machine leaks, proper tire inflation, worn hydraulic lines, and safety items that can impact operation. Enter the cab using a three-point mount (two hands, one foot). Fasten your seat belt, a critical safety item that will help protect you if the machine rolls over. (Believe us, it can happen.) Adjust everything to you, including the seat position, steering wheel, and pedals.

After starting the engine, do a quick operational check, raising and lowering the loader and backhoe booms.

How to operate the backhoe end

When operating the backhoe, know that both the front loader bucket and the stabilizer legs prevent the machine from rolling and keep it level.

Position the front loader bucket so that it’s flat on the ground. Then use the stabilizer legs (also called jacks) to lift the rear wheels off the ground. These legs can be adjusted individually to work on uneven ground or on a slope.

Backhoes come with either electro-hydraulic pilot joystick controls or manual levers (also called “wobble sticks”), which are mechanically connected to the machine.

Both types of controls have their fan clubs. Mechanical controls are less expensive, and many operators say they offer more “feel,” particularly when encountering a hard object during digging. On the other hand, pilot controls take less effort to operate. It usually comes down to personal preference.

The boom can be moved up and down to control the depth of the cut and from side to side from its center pivot point. You can swing the boom in a 180-degree arc from its center mount, allowing you to dig from a swing or side position.

Reach the stick out to begin a digging cycle and then pull it back toward you, adjusting the boom height. Curl the bucket in to get a full load while moving the boom up and stick in. Then swing the boom to one side, move the stick out and uncurl the bucket to dump the load. Once you get the hang of things, you’ll naturally combine the boom, stick, and bucket movements to smoothly move dirt out of the trench and into a spoil pile or truck.

How to operate the loader end

You control two primary functions on the loader end: raising and lowering the boom to position the bucket vertically up and down and curling or rolling the bucket in and out to load and dump materials.

A control right of the steering wheel controls both the boom and bucket. Pull back to raise the loader boom arms, and push forward to lower them. Move the control right to open and dump the bucket and to the left to close it.

Make sure the top two corners of the bucket are flat before bringing the bucket down to the ground when you’re loading. Then drive into the pile and pull up and in on the loader control lever to put downward pressure on the front axle, which will give you more traction as you load the bucket. Then reverse out of the pile and bring the loader arms down.

The backhoe boom needs to be locked when driving the backhoe. Position the loader bucket about a foot above the ground. Foot pedals control acceleration and brakes. Transmission controls allow you to shift between drive/neutral/reverse and change speeds.

Maintaining a center of gravity is essential because a backhoe has three distinct parts. Problems can develop if you raise a fully loaded loader bucket too high or approach a slope at an angle.

As we said at the beginning, these are just some basics to get you safely started. Want to learn more? Check out these video lessons from BuildWitt Training. You’ll get step-by-step instructions from expert instructors on how to operate a backhoe safely and efficiently. You could be on your way to earning your keep as an equipment operator!