What is Surface Mining? 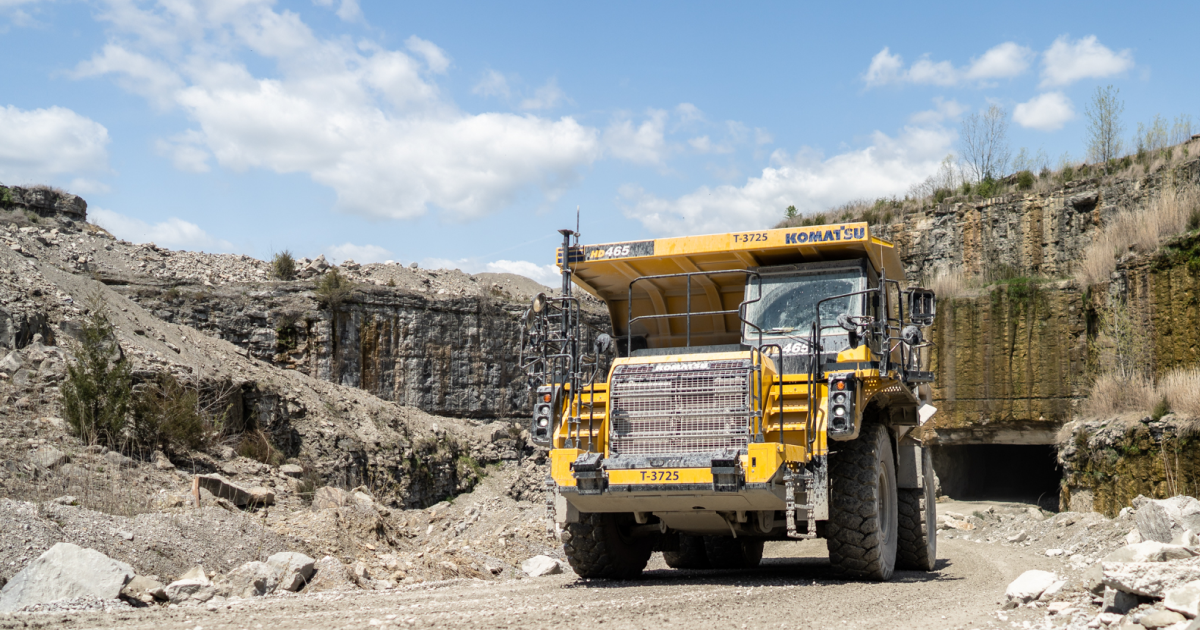 Say “mining” and most people picture men with pickaxes chipping away at mineral deposits underground. However, underground mining (also known as subsurface mining) isn’t the only way to extract natural resources.

In this article, we’ll answer these questions. We’ll also discuss the natural resources surface mines extract and how they’re different than subsurface mines.

What is the difference between surface and subsurface mining? 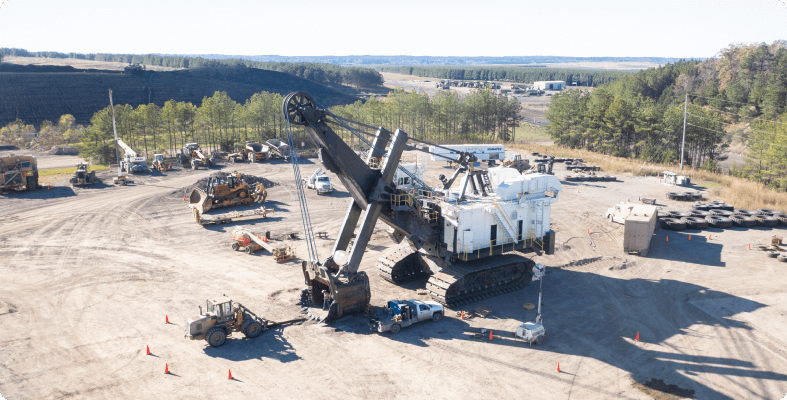 Both surface and subsurface mining have existed since at least 3200 BC.1

Sub means under. So with subsurface mining, workers go underground to extract natural resources from the earth. Subsurface mining is highly effective for mineral and metal deposits far below the earth’s surface.

Surface mining removes overburden, which is the dirt, rock, and vegetation on top of the mineral deposit. Once they unearth the deposit, miners can extract large amounts of matter relatively quickly. This method works best for deposits close to the earth’s surface.

What natural resources do mining companies obtain via surface mining? 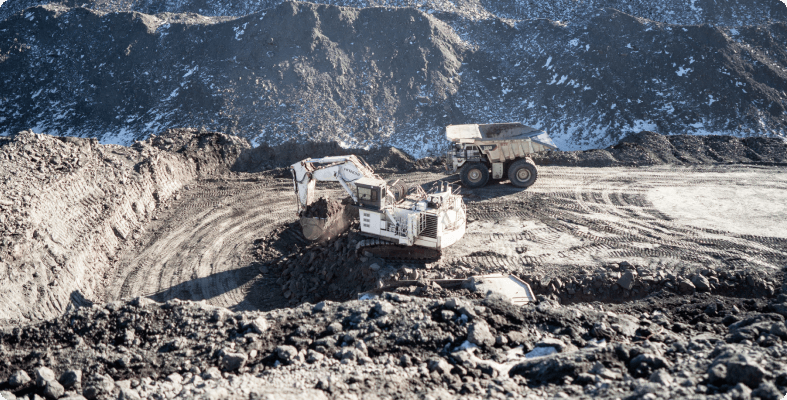 Surface mining can be used to extract many different minerals and metals. Some of these natural resources include:

According to the U.S. Geological Survey, surface mining is most commonly used for lower-grade matter that’s typically found closer to the earth’s surface than higher-grade matter.2 It’s also common for rock and sand mining since these materials often lie just under a thin layer of soil and other rocks. 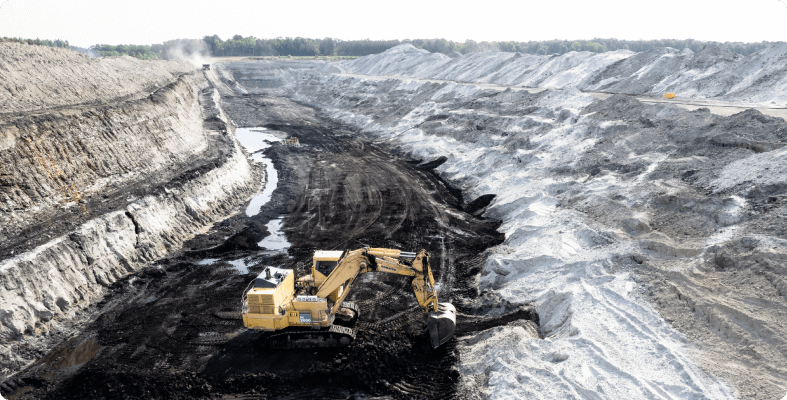 With technological advancements, becoming a miner has taken on a whole new meaning. You might be surprised by how many types of surface mining there are and how many career paths are available in the industry. However, mining companies don’t use all methods equally.

Mountaintop removal—when miners blast off a mountaintop to access the minerals inside—is controversial due to its environmental impact, so most mining companies don’t do it.

Dredging is another uncommon option. It’s a modern, large-scale way to pan bodies of water for valuable metals like gold. That’s why it’s uncommon: it’s mostly used for gold, a relatively small portion of all mining in the U.S.

Strip mining gets its name because it strips overburden from the top of the mineral deposit so miners can extract it. Miners typically use the overburden to refill old strips they’re no longer using, which helps them reduce the environmental impact and start reclaiming the land as they go.

Some strip mines in large, flat areas operate in straight lines. Others are contour mines. They follow the shape of hills and mountains because mineral seams naturally follow these contours too.

Strip mining works best in areas where the deposit is fairly close to the surface. If strip mines dig too deep, that can cause excessive environmental damage and create a cost burden for the mining company. Or, in the right situation, it can turn a strip mine into an open-pit mine.

Open-pit is the most common type of surface mining. Miners clear the earth above a mineral or metal deposit. Then, they drill and blast the area to extract the ore, digging much deeper than strip mines. This process creates a large pit in the ground. (Hence the name). Open-pit mines work well for large mineral deposits in chunks instead of seams, like limestone.

Some pits remain unfilled once the mine is “tapped out.” However, they can be repurposed—which is good since the U.S. has an estimated 500,000 disused mines already.3 Repurposed open-pit mines often become landfills, although mining companies are pursuing other possible uses. (More on that later.)

You may also hear open-pit mines called quarries—although those in the Dirt World usually only call it a quarry if it extracts building materials like granite or marble.

High-wall mining uses specialized machinery to extract mineral or metal ore from inside a cliff face.

This type of surface mining helps companies maximize the potential of their open-pit mines. Once they’re done extracting materials from the pit, they can use this second method to glean material left in the pit walls.

The really cool thing about high-wall mining is that the machine is operated remotely, so miners don’t have to physically be at the rock face to do the work. That makes it one of the safest types of mining. 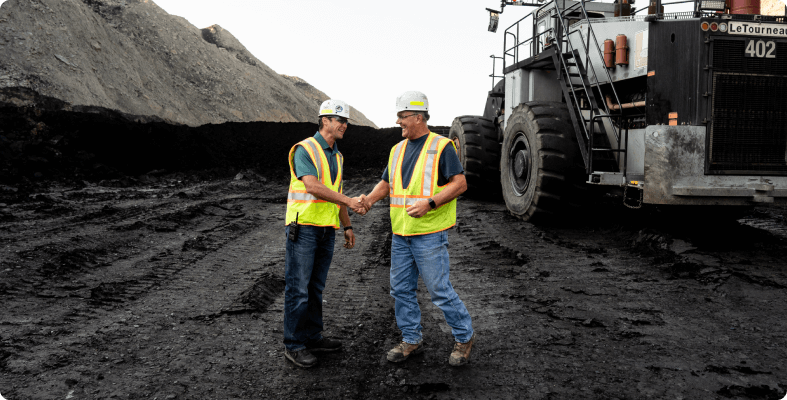 Technological advancements have made the ancient art of surface mining faster and easier than ever. Here are three benefits of modern surface mines.

“It’s similar to working an open-air construction job. They’re not working in confined spaces,” he explains. And if something goes wrong, it’s generally far less serious than in a subsurface mine.

Jonathan Hearrin is also a third-generation miner; he worked in an underground coal mine for nearly seven years. He says danger is always on a subsurface miner’s mind: “Any time I went underground, I always knew I might not make it out. Underground, there are so many things that can go wrong. One little mistake could not only kill you but a mass amount of people.”

That’s a lot of pressure—and it’s one reason surface mining tends to be safer mentally as well as physically. Since their jobs are generally lower stress, it’s easier for surface miners to maintain good overall mental well-being and healthy stress management habits.

Surface mining is cost-effective. Companies can extract most or all material from a deposit, whereas some underground mines have to leave material trapped in large “pillars” to help hold up the roof.

Surface mines also operate with smaller crews. Jonathan’s underground coal mine relied on around 240 workers to cover both day and night shifts, while John’s surface aggregate mines rely on four to six workers to cover all round-the-clock operations. The amount of overhead in terms of payroll and employee benefits is much lower.

The exception is a tipping point at which surface mining is no longer the most cost-effective option. When an ore deposit is too far below the surface, it’s more logical to go underground—rather than spending potentially millions of dollars trying to reach it from above.

You might be surprised to see environmental impact listed as a benefit of surface mining. Many people oppose surface mining because they see bare, exposed earth where there used to be vegetation. They see big machines around a big hole in the ground, and to them, it looks bad.

However, John explains, “Surface mining is an interim use for a landscape. After that natural resource has been harvested, mining companies can reclaim that area.”

Companies like William D. Scepaniak, Inc., where John works, are taking steps to reduce their mines’ impact and even improve the environment.

For example, Scepaniak is located near lots of granite mines. Some granite is unusable due to its natural imperfections, so mining companies threw those scraps into big piles. John says, “We’re working with local granite quarries to recycle that waste. We’re processing it to use in asphalt.”

Those piles of waste were public health hazards and eyesores—some for 100-plus years. Now, Scepaniak is turning them into high-quality road building material. That’s how you make the Dirt World a better place!

Want an insider look at one of America’s biggest strip mines? 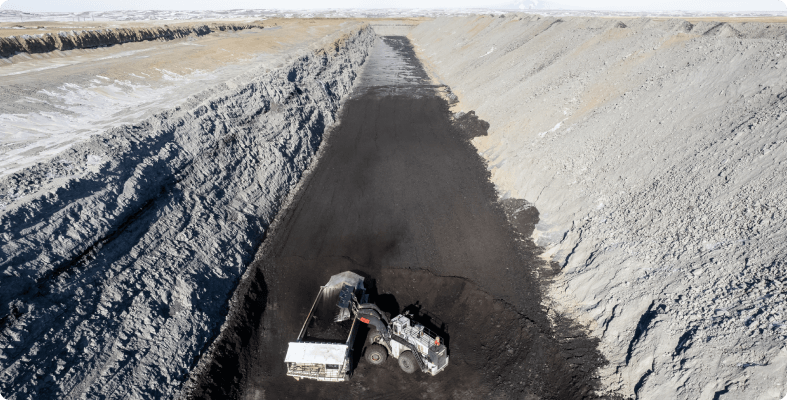 BuildWitt CEO Aaron Witt visited one of America’s largest, most productive, most infamous strip mines: the Black Thunder coal mine in Wyoming. It was an incredible experience, and he wants to share it with you.