How Much Are Crew Mistakes Costing You? It Hurts More Than You Think 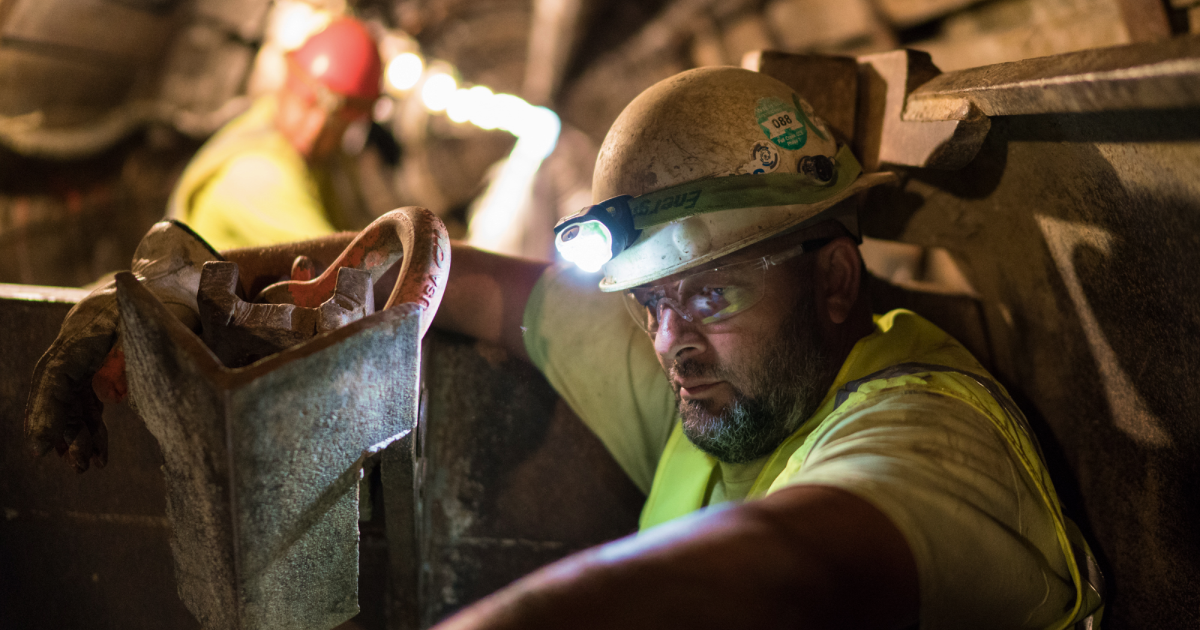 Do you know what avoidable crew mistakes are costing you? Whatever your guess, it's probably too low. Operator mistakes can cost millions. They can incur downtime, extensive repairs, costly rental equipment, and worse, they can delay project deadlines, damage the job site, and hurt your reputation.

In this article, we'll help you figure out where the pain of unnecessary costs is coming from and how to identify the sources.

Do you know what you value?

Before you can assign a cost to the mistakes and errors frequently made in construction, you have to be able to identify what you value. With value, there's more than one way to look at it.

First, you have the quantifiable value of things. This type of value has a price tag with a concrete number. Think of your fleet. Each machine has a price tag, and the upkeep of the machines also has a measurable cost.

Go further down this road, and you can come up with numbers for key parts of your business: the land you own, the bids you've won, your office building, your fleet, tools, salaries, etc.

Intangible values: what's most important to you?

The second type of value has more to do with things you can't easily measure or even see. Things like work ethic, health, quality of work, cleanliness, and the satisfaction of your customers are some commonly-held values in the Dirt World.

We usually refer to the summary list of these things as "values" and strive to live and run our businesses by them. Establishing a list of your company values is crucial to your company culture and identity.

While the path between a gap in values and material loss may be obscure, most unnecessary material costs can be traced back to a breach in the values that form your standards. Being sure of your values and identifying where you—and your team members—fail to uphold these will help you more accurately determine how much crew mistakes cost you.

In other words, don't stop at knowing the fiscal value of your business. Know your value and your values. If you start there, you'll be able to use the ideas in this article to estimate the cost of mistakes your crew members make. It will also help you see more clearly when applying changes to your business.

So, what types of mistakes are we talking about? Crew mistakes can span the range, from inconvenient to deadly. It could be something as small as showing up on the wrong job site in the morning to removing bolts from the crane too soon when dismantling it.

The first mistake will cost gas, the employee's hourly salary, and the amount of time his absence slows down the job. But the second mistake could lead to a fatality. Worse, the lawsuits and loss of reputation could bankrupt you, professionally and personally.

Here's a list of the most common mistakes and what they can cost you. To get a full picture of what's happening in your own company, get your pencil out and note what's happening within your four walls.

One of the first types of errors that comes to mind for many construction leaders is the damage incurred by users who abuse or improperly use tools on the jobsite, especially the most expensive tool of all—heavy equipment.

They may weigh a ton, but big machines like excavators, backhoes, and dozers are not impervious to damage. Consider two types of damage that machines can incur based on human error.

When new operators start, they don't usually have the knowledge or the buy-in to perform basic care for the equipment. Steps as simple as fluid checks and daily walkarounds are missed, and as a result, the engine breaks down much sooner than it would otherwise.

Some types of passive damage include:

Active damage to heavy equipment can result in the sudden demise of machines—and even people. This type of damage includes:

Crunching the cost of machine damage seems straightforward. You just add up the mechanic's hourly wages, the replacement parts, and the cost of the rental equipment, right?

Wrong. You've also got to estimate how much it costs to stop the work when the machine breaks down; how much it delays the project; the reduction in your profit due to that delay; and the recurring cost of buying new equipment much sooner than if your operators were maintaining it and using it properly.

In the worst-case scenario, an operator's carelessness could injure someone or cost them their life—more on that in the following sections.

No matter how severe, operator mistakes can cost you millions. Not counting the cost when that operator gets angry, quits, and you have to risk the health of your fleet and the wellbeing of your crew on yet another new operator.

As mentioned, operator mistakes can lead to injury or death. In 2002, the National Library of Medicine noted that while construction makes up just 7.7% of the workforce in the USA, the industry accounts for 22.2% of workplace fatalities. In 2020, that number was 1 in 5.

These types of crew mistakes are the most costly. Direct and indirect costs like medical payments and productivity loss are felt throughout your company for years to come, and lower safety ratings and higher insurance premiums can negatively affect your capacity to win jobs.

While many formulas floating around the web claim to estimate the cost of downtime accurately, it's actually a hard thing to measure in the construction industry.

The only thing that everyone entirely agrees on? It has a big impact, and it's costly. According to equipment pro, Mike Vorster, "It is a controversial subject that can easily distract attention from the need to manage hard costs on a day-to-day basis."

Rework. It's just what it sounds like: doing work again or a stupid waste of time. But rework is an enormous factor when you have one week to start eight new guys across four projects who've never stepped foot on a construction site before.

To calculate the cost of rework, apart from any damages due to worker errors, you have to consider not only the hourly wages you're paying the person making errors but those who fix the errors and the slow down of the project on account of having to do things twice and (heaven forbid!) even three times.

When people are learning, you can expect some rework. But making it a habit is like paying people to double their salary. It just doesn't make sense. The only thing good about rework is that at least it means you're getting in there and doing everything right. But repeatedly taking it on the chin (financially) is no way to get where you want to go.

Wasted materials are another common but avoidable mistake. And they cost cold, hard cash—often into the hundreds of thousands.

One of the most profound examples of waste and rework comes from Jay Collup of Collup Enterprises. Jay is a seasoned construction expert and cares a great deal about people. And because of that, he understands what makes teams tick.

Jay knows that "When employees start having a better understanding of what's expected and needed of them before they start a task, they're going to have confidence that they can do their job promptly. And that's going to greatly reduce costs."

But the opposite is also true: when the training and knowledge are missing, the jobs cost more than they have to.

Just how do costs go down as a result of training?

The work will take less time, which means fewer dollars spent on payroll. The team will do the same job in fewer person-hours, so they'll get to the next task even sooner. Getting more done within the same time frame reduces costs and increases the company's overall profitability.

Another huge area to look at savings is the rework mentioned above. As Jay puts it, "When you're making mistakes, and you're having to go in and rework those areas, those mistakes are expensive."

Here's a real-life example from the utility world:

(The prices mentioned in this example are an average of three companies. They're in different parts of the country, so pipe is a different price, and materials are different as well.)

The cost to install it is $26 per foot. That's labor + materials, including aggregate—the total cost to put it in the ground.

The problem is, that's a cost that the client won't reimburse because companies don't bid for jobs that account for reworking since bids are so tight. So when we say you eat the cost of the error, that's exactly what it sounds like. You're bleeding money because your crew doesn't know enough about what they're doing to avoid waste.

What most contractors know from experience is that RCP is very brittle. If it's dropped, it breaks. And if it breaks, it's rendered useless. It happens all the time. On jobsites where this type of pipe is being used, you'll almost always see piles of broken RCP piled in the corner. Picture thousands of dollars burned up. That's the equivalent of wasted time and materials.

These mistakes are avoidable, not by some superhuman effort, but by proper training. Imagine if you could eliminate 99% of the rework on your jobsite. Your margins would start to breathe.

The bigger pain of mistakes

Remember that thing about value? Here's where mistakes can punch you in the gut. It's not about the monetary value. Well, it is, but that's not where it starts.

It starts with people.

When new people are on the job making all manner of errors, it hurts morale. And while we're not pointing any fingers, your lack of training is also wearing away at your crew. It's saying that you don't care and don't have the time or the money to invest in your people.

So the actual cost is related to values, directly affecting the material cost.

This is the reason we created BuildWitt Training. We know we're not covering all the bases. Yet. Nor do we have a perfect product. But we are passionate about creating training that will better the construction industry, and we're trying to prove it to you one training video at a time.

Even if your bottom line is what keeps you awake at night, it's wise to start thinking of the problem holistically.

So why do these mistakes keep happening?

You already know there's more than one answer. Yes, poor training is the reason for crew mistakes in most cases, but it's deeper than that. Read more about the causes of crew mistakes.

Train Your Crew Better With These 9 Tips Two Simple Ways to Reduce Crew Mistakes Is Your Crew Making Too Many Mistakes? This Could Be Why

Marilee Brewer's philosophy on heavy civil construction is that everything—even the Bingham Canyon Mine and the Willis Tower—starts with ideas put into words. An avid writer and researcher, Marilee brings inspiration, storytelling, and human candor to Dirt World information. Her writing focuses on providing content that enhances user experience, improves engagement, and ultimately increases revenue. A trained Linguist and social media storyteller, ask her for story and social media writing tips.