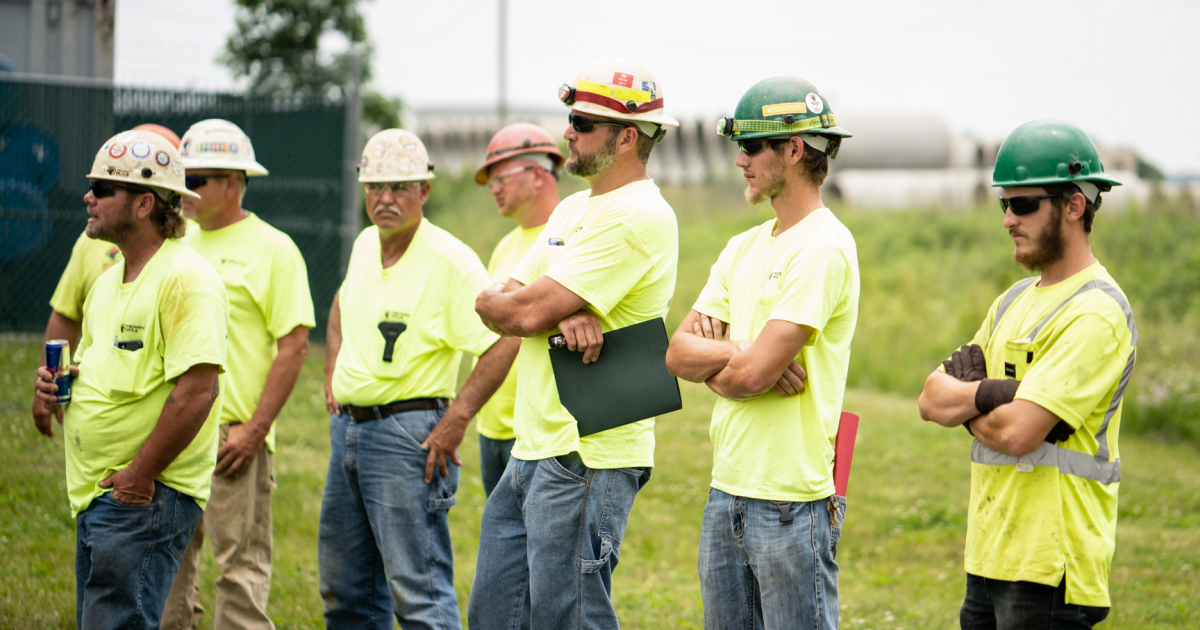 The construction labor shortage has hit crisis mode. With 650,000 unfilled jobs in 2022, some people are predicting the death of the construction industry as we know it.1

But we can’t just roll over and let the industry die.

Aaron Witt, CEO of BuildWitt, says it best: “We can't fail because this is an essential industry. Our communities, our future generations, depend on us to figure this out . . . Your kids have no potential of a promising future without this industry. This is way deeper than just our businesses and our people.”

Dirt World companies have no choice but to figure it out.

This article builds on Aaron’s past talks about the workforce shortage. It discusses why the Dirt World has a people problem, and at the end of each section, you’ll get resources to help you address these issues within your company.

1. People don’t know the real story of the Dirt World

There are lots of stories about the Dirt World floating around. Maybe you’ve heard some of these:

Did you roll your eyes? Us too. The worst part is those stories aren’t even true. Yet much of society believes them because they’re only stories people hear.

The media, cultural influencers, family members—it seems like everyone steers young people away from the Dirt World. Case in point: the higher education system has convinced millions of parents that blue-collar work isn’t good enough for their kids.

But on any college campus, you’ll find unhappy young people who just want to do work that matters. They have natural talents that would be a great fit for blue-collar work. They don’t like college. It isn’t for them; they’re only there because somebody convinced them they need a degree.

Don’t let those future workers slip by you!

To solve the people problem, you’ve got to start telling the real Dirt World story. Show kids that it’s cool to work in this industry, that they can make a good living and do meaningful things. Demonstrate to parents that it’s safe and respectable.

You do all that by showcasing your employees who already make a living in the Dirt World. Share why they love it and how their work helps society. You can even showcase how your company gives back to the local community. Remember, you’re not bragging about yourself—you're bragging about the industry and the blue-collar heroes who keep it alive!

Stories are meant to be heard. To attract the next generation of workers, you’ve got to tell stories where they are. Pro tip: they’re on social media.

You can also use these platforms to become an industry thought leader. That’s how you build brand awareness. You become the expert who answers people’s questions. All their questions—from “How do I make a living in this industry?” to “What’s your favorite machine?” You may not consider yourself an expert in the industry, but you’re an expert at running your company–share that story.

Now you might be thinking, Young people aren’t even interested in the industry. Why would I waste all that time and effort telling stories?

Because you’ve been sold a lie! Young people are extremely interested in the Dirt World. Take Will Schuler of Will Power Excavation, for example, he started his own excavation business while still in high school and made a million dollars in his senior year.

You have the power to change that and solve your people problem by going where the young people are and showing them the opportunities in this industry.

3. You aren’t marketing the mission

Recruits want more than just a paycheck. They want to do work that matters, so in recent years, there's been a huge cultural shift toward mission-minded companies.

Maybe right now, you aren’t marketing your mission to recruits. Maybe you don’t even know what it is. The real mission is what your company is doing for the world.

Think about what motivates you. What drove you into the Dirt World? What excites you about going to work every day? What do you want your team to get fired up about?

We’re all made to create things, so to attract new workers, you have to appeal to their creativity. What real, tangible things will they get to make—and what positive impact will those things have?

Remember, you’re building and mining the things society needs to survive—that’s really cool! Sharing that mission makes people want to work for you.

4. Your recruiting pool is too small

Before you get mad at us for stating the obvious, hear us out. And be honest. Is your recruiting pool too small because your perception of young, inexperienced workers is too narrow?

Older workers are retiring (or will retire in the next few years), and you need young people to keep the industry alive. Millions of willing and able prospective recruits would love to work in the Dirt World.

The problem is that those “young’uns” have all kinds of ideas about how to change things but no experience to back them up—and that can make the “old dawgs” in the business bristle.

Young people sense that. They know when you won’t listen to them, when you don’t respect them, and when you have a bad attitude toward them. And they won’t put up with it for a paycheck.

Don’t write people off just because they’re young. Yes, they’re inexperienced, but they have great ideas about improving the industry and your business. Which brings us to . . .

Some companies won’t hire inexperienced people. But since everyone has to start somewhere, expecting all your new hires to have five or ten years of experience is ludicrous.

Be willing to hire and train new blood in the industry. Rookies are a blank slate—you can train them to do things correctly from the beginning. And they will ask questions you haven’t thought of before. You can use that insight to grow your business in unexpected ways.

5. There’s no path into the industry

Maybe you’re willing—or even excited—to hire novices. But you don’t feel prepared to give them the training they need and don’t want to throw them to the wolves.

That’s understandable. Many jobs in the Dirt World require high-level skills, which typically come with time and experience.

That’s one reason we believe in the power of a good training program. With the right program, you can teach new people the skills they need to produce quality work sooner. You’ll also set them up to build lifelong careers in the Dirt World. That’s a win-win!

However, you’ve got to help people get their foot in the door before you can train them.

Obviously somebody with zero experience can’t hop in an excavator on day one. So what can they do?

Maybe you create a program to teach people how to be haul truck drivers. Or maybe you start them as laborers and help them work their way up as they discover their talents and interests.

Consider where you can create entry points into the industry through your company.

6. Your company is struggling with cultural issues

Company culture can be a sensitive topic because it’s so deeply personal. You’ve worked hard to build your brand, including how people perceive your company’s values, attitudes, and actions.

It can be tough to put your own business under a microscope, but if you want to solve your people problems, that’s exactly what you have to do.

Your company’s culture isn’t just how insiders perceive you. It’s also how people outside the company see it. That’s what makes a young person decide to work for you, instead of another company with an equally valuable mission.

Company culture isn’t either-or. A good culture overall can still have some wrinkles to iron out. And a culture that’s not yet where you want it isn’t stuck that way forever. You can create a healthy, positive company culture that makes people want to work for and with you, no matter where you find yourself today.

7. You’re having trouble retaining the people you’ve already got

High turnover is an outward sign of the Dirt World’s people problem. People are quitting their jobs—and the industry —by the thousands. That, in turn, drives away potential recruits. After all, why would they board a ship that everyone seems to be jumping off of?

We already covered the seven major reasons for high turnover, so we won’t spend much time here. However, we will say that Dirt World workers are looking for something most companies aren’t offering yet.

We’ve asked people in the industry what they want, and their answers might surprise you. Overall, Dirt World workers want:

Basically, they want you to trust them and treat them like you want to be treated.

Since there are so many ways to do that, we’ve broken the resources for this section into categories to help you address specific problems.

Resources on how to treat employees:

Resources on how to invest in people:

We hope this helps you better understand why the Dirt World is facing such a dramatic people problem, as well as how you can be an important part of reshaping this incredible industry’s future. You can help solve the people problem.

A great place to start is by joining Better Dirt World, a community that's helping those who are passionate about the Dirt World build up crew members, recruit the next generation, and change perceptions of blue collar work.

Together, we can make the Dirt World a better place. Let’s go make it happen!