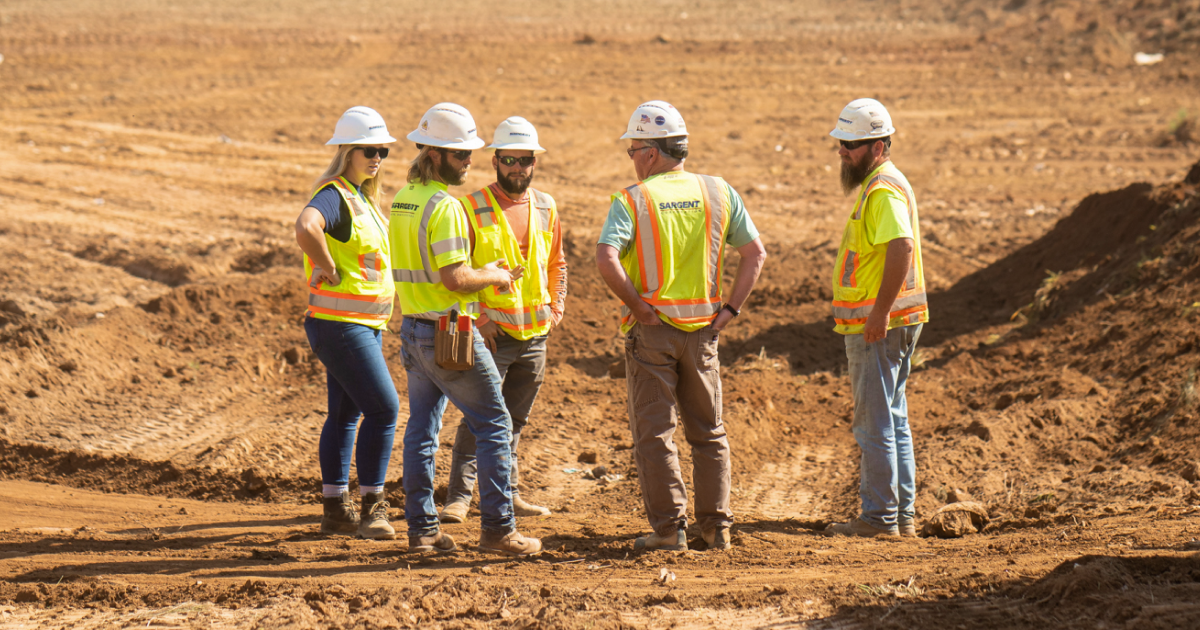 Retention is one of the Dirt World’s biggest people problems. During the fall of 2021 alone, 789,000 construction workers quit their jobs.1

Many companies are trying to stop the hemorrhage of high turnover by focusing retention efforts on crew members. Pay raises and perks have helped . . . but not enough. These Band-Aids don’t get to the root of the problem.

The best way to increase crew member retention is to train supervisors. It seems counterintuitive—supervisors aren’t the ones quitting—but research shows that poor leadership causes high turnover. The solution is to teach supervisors how to lead well

In this article, we’ll explore:

That’s a lot of ground to cover, so let’s get started.

Signs and impact of poor leadership

As we mentioned, research shows that high turnover is a sign of poor leadership. One study found that 89% of people considered quitting a job to escape a bad manager—and 57% quit.2

Employee health is a more surprising indicator. Men who rate their managers as poor leaders are roughly 33-66% more likely to suffer from heart disease and heart attacks than men who work for good leaders.3 (The likelihood of heart trouble increases the longer a man works for a bad boss.)

Another sign of poor leadership is when the leadership team loses confidence in themselves. Most CEOs doubt their leaders’ abilities—and their own. Two-thirds of CEOs say they don’t get the high-quality feedback and career development they need. And less than 40% rate their frontline and mid-level leaders as “very good” or “excellent.”4

What supervisors do that causes crew members to quit

According to workers, disrespectful behavior from supervisors drives people away.5

In construction and extraction 10-12 hour shifts are the norm, so crew members want to know their time off will truly be time off. They want to rest, enjoy hobbies, and spend time with loved ones—which are all essential to their well-being.

Yet over half of American workers feel like managers disrespect their personal time.6 When shifts constantly run long or supervisors guilt trip people for taking time off, it creates a negative work environment and risks crew members’ mental health. (That’s a serious issue in the Dirt World.)

How to spot unhealthy supervisor habits

Visit jobsites regularly to see how supervisors interact with the crew. And listen.

Many supervisors know when they’re struggling, so ask where they want to improve or need help. Get the crew’s feedback too—and pay attention to exit interviews. (If you don’t do these, now’s the perfect time to start.) They’ll tell you what’s happening directly or indirectly.

Direct feedback includes statements like, “I can’t stand Gina. She’s hard to work for, and I can never do anything good enough for her.”

Indirect feedback is harder to pick up on, but it’s much more common. Watch out for phrases like “I don’t feel respected,” because disrespect usually comes from above.

It’s easy for supervisors to get into bad habits, which can worsen over time. However, bad behavior doesn’t mean they’re bad people. Most supervisors are talented, hard workers trying to do their jobs to the best of their ability.

Supervisors may not know better 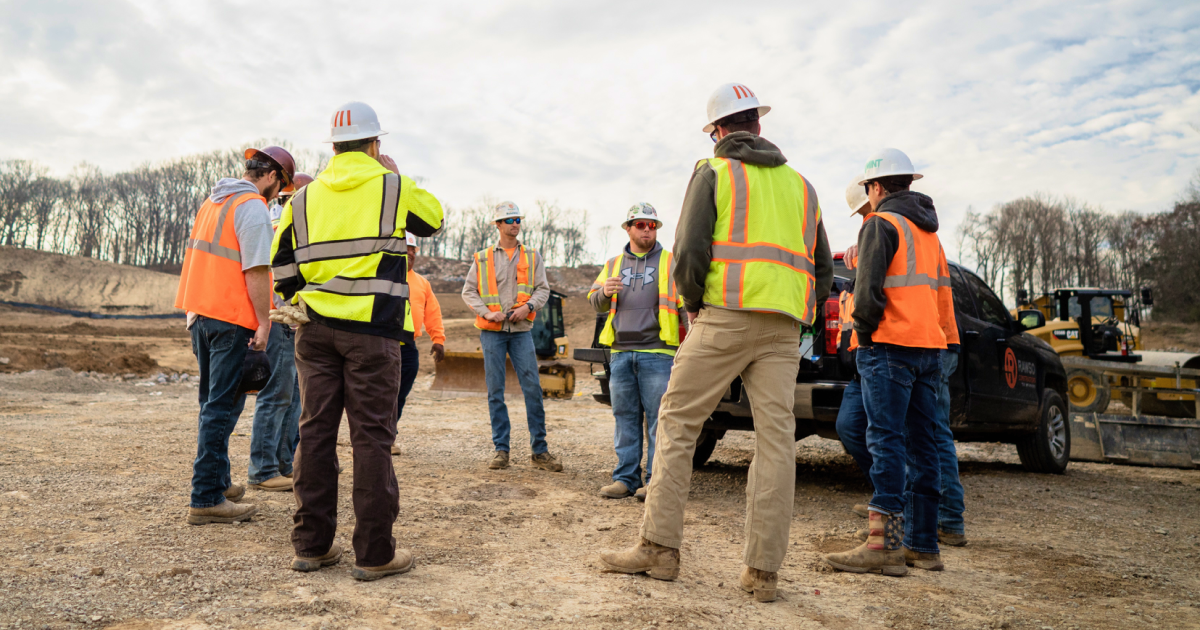 When someone gets promoted to field supervisor, they almost always come from a position on the crew. They probably excelled in their previous role. But leadership is a different ball game.

Construction Dive editor Zachary Philips writes, “Being a good construction worker and being a good leader aren’t the same skills, and the right training can help set new leaders up to succeed.”7

Most supervisors have never had leadership training, and leadership isn’t a skill that comes naturally for most people. All they have to go on are the bosses they’ve worked for or been exposed to.

Being a leader can be challenging—even years into the job. And those feelings worsen when supervisors don’t get the training and support they need. That’s one reason 59% of leaders either regret the promotion or doubt whether it was the right move.8

Fortunately, most untrained supervisors are more than willing to learn. They want to know how to succeed in their role. As the business leader, you owe it to them and everyone else in your company to teach supervisors how to lead well.

Supervisors may have the wrong attitude 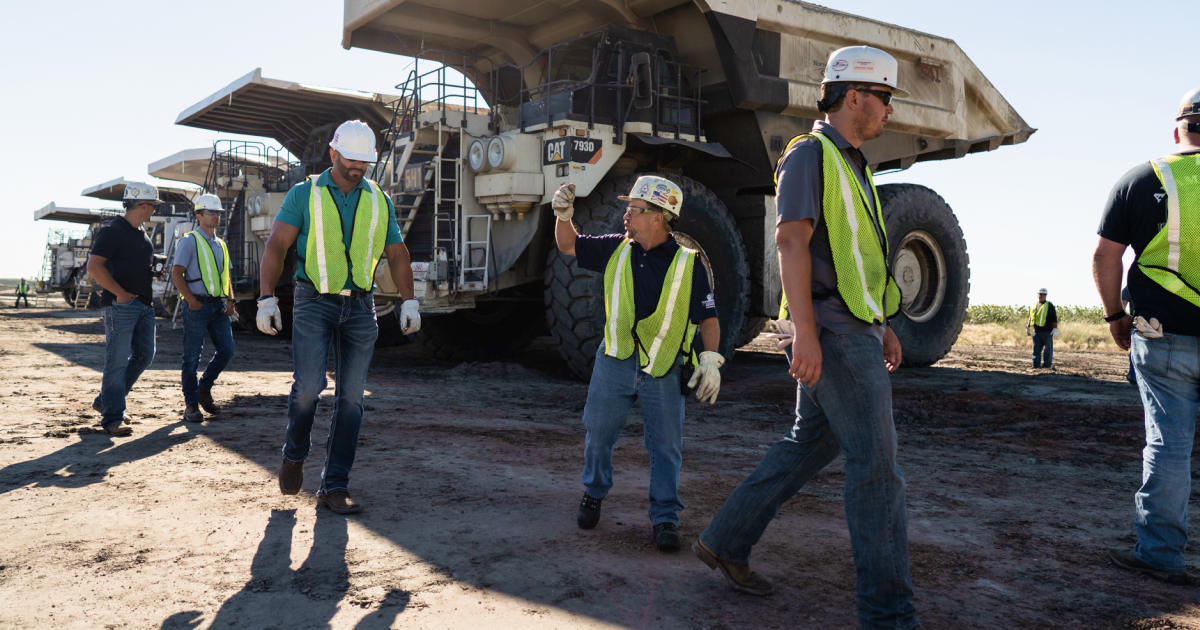 Some supervisors have a self-serving mindset. More than one in three become leaders because they want a pay raise or it seems like a good career move.9 Those are valid reasons, but leaders should also want to mentor, coach, and develop others. That’s a crucial element of their job.

Some supervisors become too proud. They start thinking their crew members are not as smart or talented as them, and crew members won’t put up with that condescension.

Cultural perceptions can also impact supervisors. Like the rest of the world, some people in the Dirt World think management is better than labor. These stereotypes create rifts between supervisors and their crews, making it harder to retain workers.

These attitudes aren’t good; however, they don’t disqualify someone from leadership. With training, most supervisors learn to develop a healthy, positive mindset about themselves and their relationship with their crew.

(If they don’t, follow gold-miner-turned-TV-star Dave Turin’s advice for dealing with negative employees.)

What crew members want from leadership

Crew members wish leadership would give them many things—but it boils down to three basic categories. 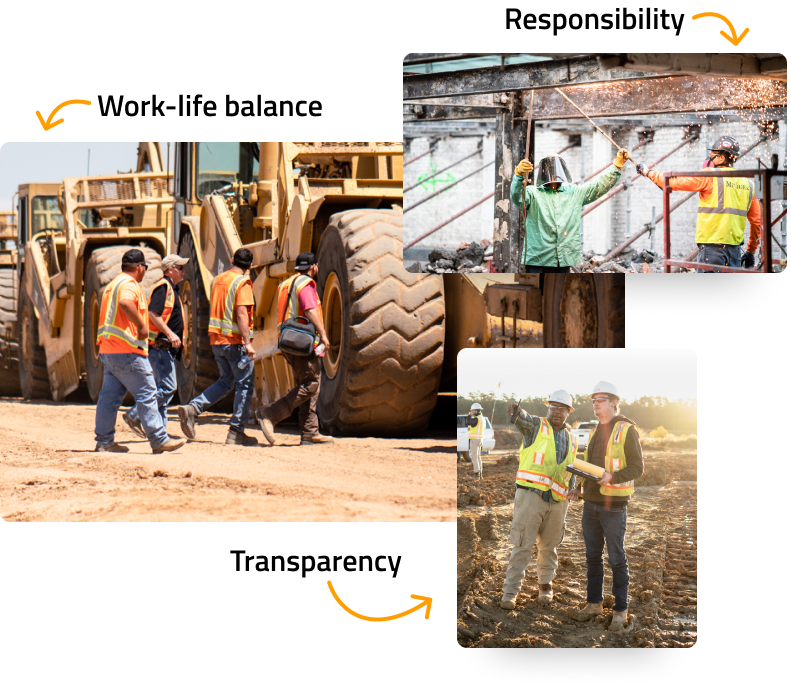 Across the board, workers in all industries want honesty and authenticity more than anything else from their supervisors.10 In other words, they want leaders to be transparent with them. That may seem like it has nothing to do with construction, but it does.

These two soft skills drive every successful relationship, including in the Dirt World. Honesty and authenticity show that supervisors trust crew members to take care of the project, the company, and each other.

According to construction workers, more responsibility is the most desirable non-monetary reward they can get for a job well done.11

When supervisors give the crew responsibility for how the project goes, those workers will do the job without somebody looking over their shoulder, ask questions if they need help, and resolve small problems before they become big ones.

For years, blue-collar workers have watched other industries adapt to give people better work-life balance, and they deserve a piece of the pie. As it turns out, research shows that “pie” is good for your workers.

Four UK construction companies had 11,000 employees. Nearly half said they felt guilty for finishing work early or starting late. And 5,720 said they didn’t have enough time to care for their health and wellness.12 So the companies let their workers start using flex time—with outstanding results.

Flex time had no negative impact on project budgets or schedules, but it positively impacted workers. The number of crew members who felt guilty for working different schedules dropped by 14%. Even better, 9,460 workers reported that they finally had enough time for their health and wellness.13

To retain crew members, you must equip your supervisors to give them honesty, authenticity, responsibility, and a fair chance at personal well-being.

Next, we’ll explore how leadership training helps with this and how you can teach your supervisors to be the great leaders their crews deserve.

Until now, we’ve talked about how poor leadership contributes to turnover. But the opposite is also true: good leadership increases retention.

A recent study found the top two reasons construction workers stay in their jobs are:

That’s exactly the kind of company you want to run—one where people love coming to work, grow, and have great leaders they can look up to. And that’s exactly who your supervisors want to be.

All this training helps supervisors learn how to build strong relationships and motivate crew members to do their best work.

As a bonus, training supervisors on leadership helps with recruiting. People think today’s generation doesn’t want to work in the Dirt World, but the truth is young people are looking for role models who can help them build careers in the industry. With leadership training, your supervisors can help you attract and shape the next generation of the workforce.

How to train your supervisors on leadership

Training supervisors on leadership is a group effort. It requires everyone on the leadership team to buy in and get involved—and it requires you to lead by example.

So, where should you start?

Begin with a good book

Start a book club for your field supervisors. Read books on leadership, then get together and talk about them. Also, don’t worry about people who say they don’t like reading; that’s why audiobooks are a multimillion-dollar industry. What’s important isn’t the reading—it’s learning from what the author says.

A good first step is reading The Ideal Team Player by Patrick Lencioni. Lencioni discusses the three traits everyone needs to work well with others in this short but powerful book. The ideal team player is:

Your supervisors can likely pinpoint which of these areas they’re strong in and where they struggle—and if you’ve been a trustworthy leader, most of them will ask you for help improving their weak spots.

You can help them through one-on-one mentoring or a mentorship program, but remember that developing great leaders takes much time and effort.

To become highly tuned leaders, your supervisors need a strong ongoing training program. They need to learn hard skills (how to do the job) and soft skills (how to work with their crews).

Good training software is the most efficient way to do that. Emphasis on good. You don’t want just any old crummy software; you want something that works.

So, what makes good training software?

We created BuildWitt Training with all these features in mind. Then, we tailored key parts of our content library to the leaders who hold the Dirt World together.

Foremen and field supervisors get job-specific training with Introductory and Level 2 field supervisor courses. They’ll learn the hard skills they need in their roles and start to tap into the soft skills that make the Dirt World go round—like communication and crew management.

The Leadership course takes them on a deep dive into skills like taking ownership, developing a crew, and creating a good culture. This course includes over 100 lessons from experts like Jocko Willink, Wally Adamchik, Jason Schroeder, and more.

You can even try lessons from these courses and share them with your supervisors for free—so you can get a good idea of what the software offers and whether it’ll work for you.