What is an excavator and what's it used for? 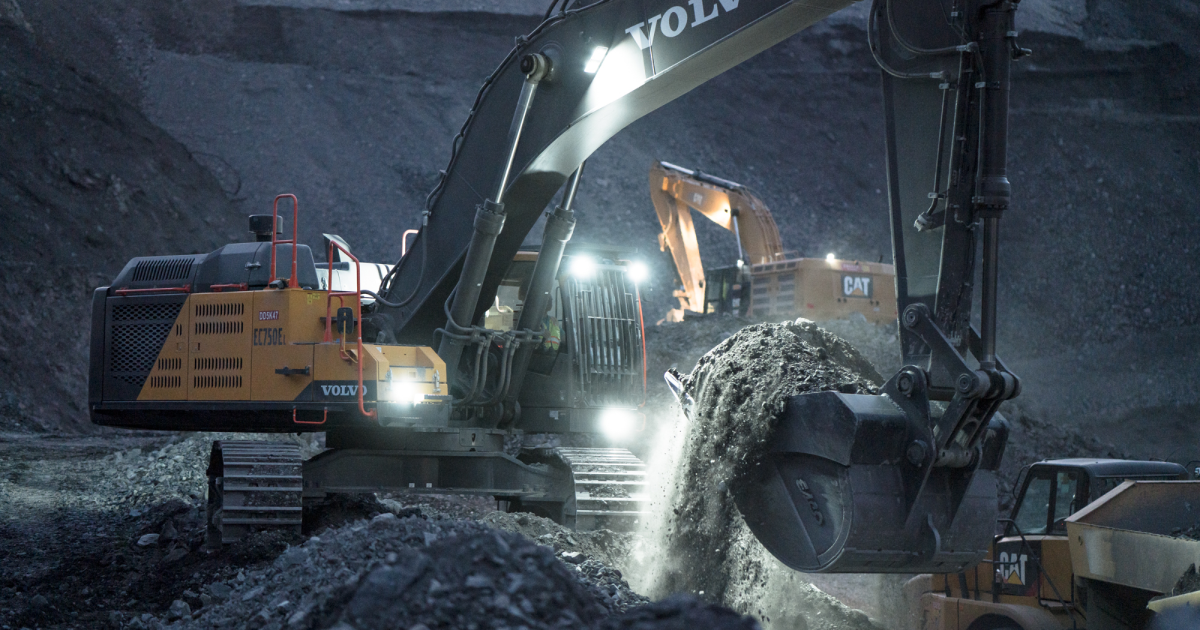 On virtually every construction site, you'll find at least one excavator. But what is an excavator? What do they do, and why are they integral to almost every Dirt World project? In simplest terms, excavators are large industrial machines used to move large amounts of material, like rock and soil. That means they do everything from digging a basement to laying pipe to mining.

But that's just the tip of the iceberg. We've got to get a little deeper to understand all the ways excavators are used and why they're so important in the Dirt World.

What is an excavator?

The next time you drive by a construction site, look for a big machine with a  moveable boom with a bucket. It'll probably be on tracks or wheels, and it'll probably be busy moving a heavy amount of soil, gravel, or anything else that's a) heavy and b) needs to be moved elsewhere.

These machines use hydraulics to move the boom and bucket, not unlike how the steam shovels of yore used steam — but excavators are a lot quieter, more maneuverable, and much more eco-friendly.

What's an excavator used for?

Maybe the question should be, "what are excavators not used for?"

They can dig, haul, and — with the proper attachments — even boreholes and drive piles. But since we're digging deep, an excavator can be used to:

And with the right kind of specialized attachment, excavators can:

In short, they're a jack-of-all-trades around the job site, and that's why virtually every job site has at least one excavator on hand.

What’s the difference between an excavator and a backhoe?

Excavators are standalone machines that were built to, well, excavate. On the other hand, backhoes are often just attachments that mount on the front or rear of a conventional tractor by what's known as a king pivot (and they're still called "backhoes" even when mounted on the front). You can find backhoes on farms and smaller projects where less power and hauling capacity are needed. Because of their small size, utility companies will also use backhoes in tight urban environments.

Backhoes come with a similar range of attachments as excavators, but since they also feature a front loader with a coupler, they become much more versatile. Here's a small selection of attachments:

And while many of these can also be attached to excavators, most companies that operate excavators don't bother since they use purpose-built machinery to accomplish many of these same tasks.

Since backhoes are mounted to the front or rear of conventional tractors, they don't have the same rotational range as excavators. Most backhoes can only rotate about 200 degrees or so, while excavators can rotate 360 degrees — in other words, a full circle.

What are the different types of excavators?

The range of excavator types is almost as diverse as the jobs the excavators perform. Let's look at the most common types you'll likely see on your next job site.

Crawler excavators are everywhere, and they're probably what most people imagine when they think of the word "excavator." They're on tracks (like a tank), typically feature an enclosed cab, and use a hydraulically powered boom to dig through heavy material. They work in virtually every type of terrain — albeit slowly.

Wheeled excavators don't differ much from crawlers, aside from being on wheels rather than tracks. Wheels make them faster and more maneuverable on roads and other asphalt or concrete surfaces, making them unstable on muddy or hilly terrain. These wheeled excavators will often run around on large-scale highway projects where they frequently have to travel long distances between work.

Pro: They can mobilize from job to job faster.
Con: They're more useful on smooth surfaces and require a more skilled operator.

Call on a long-reach excavator when you need to dig something that's in a hard-to-reach place. As you probably guessed, they're noteworthy for their long booms, which can reach material more than 100 feet away. You’ll often find long-reach excavators in dredging applications where the machine can’t get to the material without sinking.

Pro: Their long reach makes it easy to reach material in a difficult or awkward location.
Con: Their long boom makes them difficult to move and maneuver — and they take up a lot of space when not in use.

Need to take down a super tall building with incredible precision? Bring in the UHD or ultra-high demolition excavator.  These units are purpose-built demolition machines based around your typical excavator's chassis. They usually feature a massive two-piece boom in straight segments, a tilting cab, so the operator isn’t breaking their neck all day, and a larger undercarriage to stay more balanced with all the extra weight.  These machines are great for taking down tall structures up to 200’ tall, but that massive reach allows the operator to demo the structure at a safe distance without being hit by debris.

Pro: They’re capable of taking down large buildings with ease.
Con: These machines have a much higher operating cost than most excavators and are a huge pain to transport.

These massive machines may be standard in mining operations or the heaviest of civil construction projects, but you're not likely to encounter one on a job site. The buckets on these behemoths can hold up to 65 cubic yards of material — making hydraulic shovels just a little overkill for a typical Dirt World project.

The others on this list are massive, earth-moving brutes, but the suction excavator is more like a surgeon's scalpel. The vacuum excavator system shines when digging around buried and active underground utilities.  A typical excavator would likely damage these costly utilities, but a vacuum excavator is more gentle and precise.  They utilize a pressurized water jet system, much like a pressure washer you’d use to clean your car, to break up the dirt. Then they suck it up with a giant metal hose and haul it away–this enables a suction excavator to extract material from a small area fast – at speeds of up to 200 miles an hour. You’ll most commonly find these mounted to on-road trucks that look like tankers with an elephant truck out front.

Pro: They're good for precise underground operations, like pipes and drains.
Con: They suck — it's the only thing they do, so if you need a ton of loose soil moved from a large area, a suction excavator isn't much use.

What are the common parts of an excavator?

What's an auger? Or a stick? Or a slew ring? Don't worry; we'll explain all the most common parts of an excavator so you can sound like an excavator expert on the job site.

Of course, there are more, but these are the parts you're most likely to see and maybe even interact with on the job site.

Learn more about the Dirt World.

The Dirt World is full of exciting machines like excavators. If you'd like to learn more about them and other aspects of the Dirt World, including industry news, expert insights, and best practices from the experts, download the BuildWitt app today. It's designed for the Dirt World.

Ryan Galloway is the founder of a small, Brooklyn-based content and creative agency providing boutique services to a select group of corporate clients. The 18|Orion team has worked with some of the biggest brands in finance, media, and technology. They have grown audiences, driven engagement, and increased brand awareness and affinity. They're experts in how to merge data, storytelling, and service to deliver on ROI.