9 Reasons You Have Jobsite Safety Issues 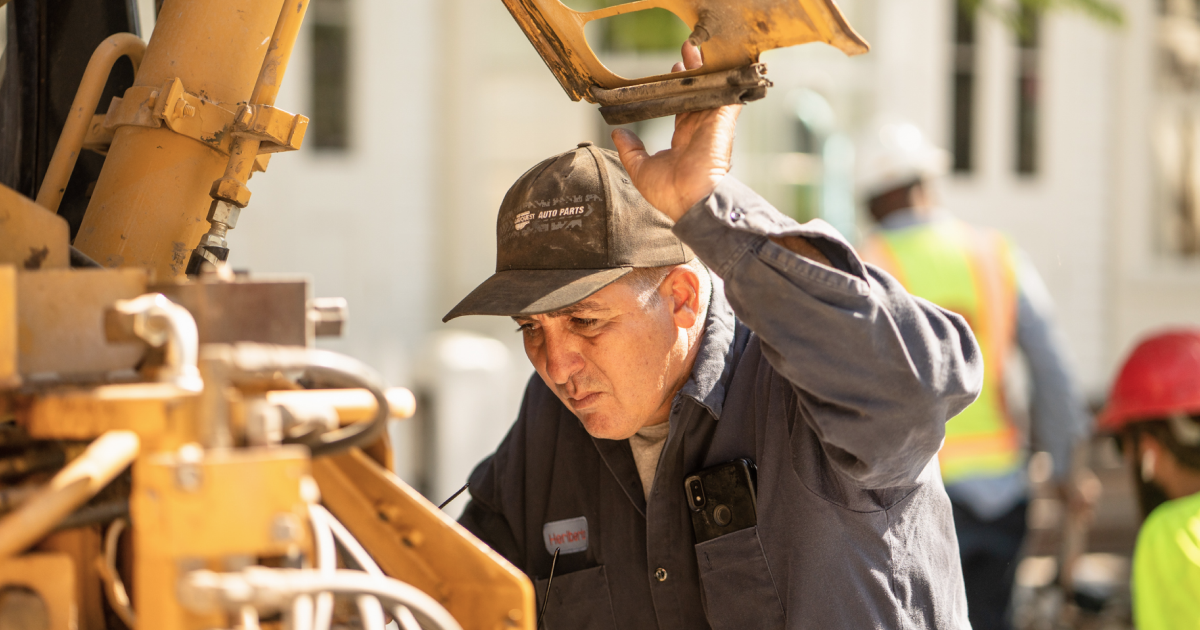 For miners, the fatality rate is lower, but it still happens all too often. In 2021, there were 37 miners who died in work-related accidents, up from 29 the year before.2

Accidents like these damage people’s lives. And from an industry-wide perspective, they hurt the Dirt World’s reputation, too. The next generation of workers doesn’t want to be part of this industry when they could find another, safer job. Instead of seeing how amazing the Dirt World is, they see it as dangerous.

In some ways, they’re right. For those who work in the industry, it can be downright scary to see or hear about crews taking unnecessary safety risks in the field. We want to do something about that!

The truth is, there’s never a good reason for jobsite safety issues to happen. But there are plenty of bad ones. When you know what those reasons are, you can do something about them. Jobsite safety is crucial for attracting the next generation of workers . . . and for making sure each worker gets home to their loved ones

Here are a few reasons workers in the Dirt World may put themselves and their team in needless danger.

Sometimes, it really is this simple: people can’t stay safe if they don’t know how. Just because someone had safety training in the past, that doesn’t mean they know how to stay safe. They could’ve had ineffective or insufficient training.

Many formal safety training programs are unengaging and hard to understand. They’re designed in a way that makes people tune out. Talk about unhelpful! Your employees need formal safety training, so it’s important to choose a program that will keep their attention and help them learn the most.

Informal training can be hit-or-miss, too. A crew huddle can help identify and prevent safety issues, but it usually focuses on that day’s work—not long-term safety training. It also isn’t enough to bring new hires up to speed.

All of that changes when you have training software that offers engaging, practical lessons for specific roles in the Dirt World. Then, your crew is learning the safety tips they’ll use each day and throughout their careers.

See the pros and cons of training software to get a better idea of whether it’s right for you.

Many business leaders want to hire experienced team members, because they want people who can start producing on day one.

The trouble is that “experienced” hires may not have gotten safety training from their old employer. Even if they did, some of it might be different than how you want them to do things, or it might be flat-out wrong. You’ve got to train your team on the safety protocol you want them to follow.

Studies show that rookies (people with less than two years of experience in their current role) are more likely to get hurt than experienced employees.3 Yet many leaders expect rookies to know how to stay safe. That’s unreasonable!

Someone starting a new job has likely never had safety training for that specific role. Someone who’s starting in the Dirt World for the first time may never have gotten any training that prepared them to work around heavy machinery. What seems like common sense to the rest of your crew isn’t obvious to them.

4. The safety manager can’t be everywhere at once

Your safety manager is one person. Unless they clone themselves, they can only be in one place at a time. They may be talking to the foreman about federal safety compliance. Meanwhile, on the other side of the job, a driver backs into a concrete barrier because he doesn’t have a spotter. That’s not the safety manager’s fault for not being near the truck.

You have to train your whole crew to be responsible for jobsite safety—whether it’s their own or someone else’s.

5. Teams don’t say or do anything about hazards

Hazards are everywhere on the jobsite. Sometimes, team members don’t point out a potential safety issue because they assume everybody sees it. That can quickly turn into an accident if they assume wrong. (And you know what they say about assuming.)

Other times, people may not realize something is dangerous. A laborer might not know what makes a hazard for an operator, for instance. They’ll need clear guidelines from the field supervisor on how to identify safety issues, as well as when and how to report them.

Foremen already feel like they’ve got the weight of the world on their shoulders, so it might seem unfair to say that jobsite safety is ultimately their responsibility. But it is. They’re responsible for how the project runs, and that includes keeping the jobsite safe.

That said, you’re responsible for helping them do that. Randy Blount, BuildWitt Leader and owner of Blount Contracting in Arizona, shares ways leaders can create a culture of ownership and safety—even when they’re not on the jobsite.

The construction and heavy civil industries are famous for their long work days—12 hours or more on some jobs—and blue collar people are proud of their work ethic. However, working long hours raises the risk of safety hazards, mistakes, and injuries.

Why did that happen when mines are so much safer than they used to be? Because more people were working longer shifts. They got tired and made more mistakes that led to injuries.

Miners also got injured more when their employers made them work on Sundays or start shifts at odd times.5 They didn’t have time to rest over the weekend, or atypical work hours disrupted their sleep schedules, making them more likely to get hurt.

While this study focused on miners, you’ve likely seen similar things happen in other parts of the Dirt World. People get tired, then they get hurt. The moral of the story? If you want people to be safe, give them time to rest.

8. Contractors and trade partners train differently than you

Chances are, you’re not the only company on the jobsite. You’ve got trade partners and vendors, there might be GCs running around with their crews, you name it. You have no control over what (if any) safety training those people get.

It’s important to teach your team members how to stay safe when working alongside people from other companies. It’s even better if you can collaborate with those companies and make sure you’re all on the same page about jobsite safety.

Safety training culture in the Dirt World needs some work. A lot of times, there’s an attitude that safety training is just a box to check and that it doesn’t really matter.

To be fair, some training doesn't impact your team because it’s outdated, irrelevant, and ineffective. However, the right training makes a huge difference. It makes a difference toward your bottom line—and more importantly, it makes a difference to the families who want their husbands, wives, moms, dads, sons, daughters, and friends to come home safe at the end of the day.

It’s like our friend Will Schuler—owner of Will Power Excavation—recently told us on the Dirt Talk podcast, “All the good things we’re doing in the world and everything we’ve worked so hard for . . . mean nothing as soon as somebody gets hurt with our name on their back and it’s our fault. So as a growing company . . . what steps do I need to take [so] I know that I did everything in my power to educate and try to keep these guys safe?”

That’s why it’s so important to train your team for safety—so you can have peace of mind knowing that you did right by your people and that any workplace accidents really were outside your control.

In our next article, we’ll share several training solutions that will help you and your team prevent jobsite safety problems.