How to Fix High Turnover in Your Construction Business 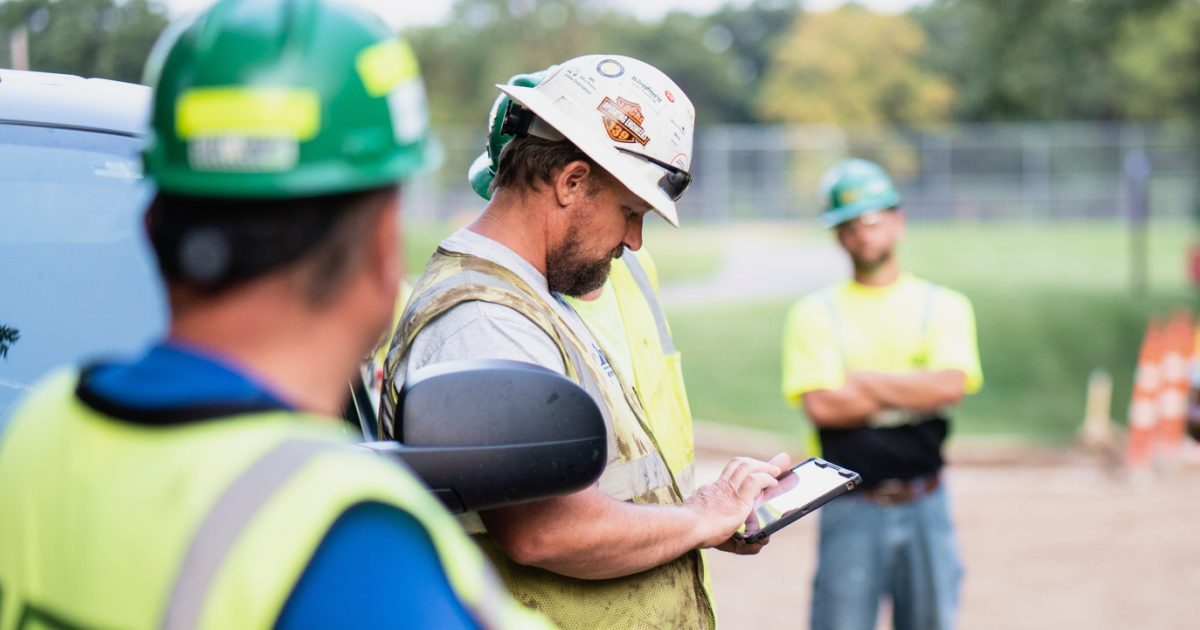 High turnover is one of the biggest workforce problems the Dirt World faces today. If you’ve been in the industry for a while, you know why workers are leaving. (Just in case, here are the top seven reasons the Dirt World struggles with high turnover.)

But what if we told you that almost all of those reasons are actually training problems?

Here’s what we mean:

Proper training for your field workers, office staff, and leadership team can stop high turnover and help save your business. Here’s how you can make that happen.

Train your foremen on leadership

Foremen have the most responsibility on the jobsite. They’re responsible for getting the work done, keeping everyone safe, teaching others, and being a good example. These men and women are the leaders of the industry.

Yet most foremen have never had any leadership training.

Let’s say your foreman Joe used to be a pipelayer and was really good at it. But did Joe ever have to resolve a conflict between two crew members? Did he have to order supplies or talk to trade partners? Was he the one reading project plans and setting the agenda for the day?

Of course not! That wasn’t his job. His job was laying pipe. Being a foreman is totally different for Joe. So why expect him to succeed without teaching him the ropes?

Nearly two-thirds of people who quit their jobs in 2021 did so because they felt disrespected at work.1 Most of the time, disrespect is like sewage—it runs downhill. If your foreman habitually disrespects the workers, even unintentionally, those workers will leave. Remember, most people don’t quit jobs; they quit bosses.

Training your foremen on how to lead a crew well is your first line of defense against turnover.

Don’t just assume they know these things. You have to teach them this stuff—and when you do, you’ll see very positive results when it comes to reducing turnover, raising morale, and getting your crews to work together well.

Train your crews on leadership

If you want your company to last, you have to create unity and cut down on internal conflict by teaching everybody how to be leaders.

Now you might be saying, “But they’re not leaders. I just want them to do their jobs!”

By saying that, you’re saying you want them to be leaders. You want them to work hard, take responsibility, and do what needs to be done even when it isn’t glamorous. Those are all the traits of a great leader.

By training your crew on leadership, you’re creating a strong workforce that takes pride in what they do (which makes your business look good to clients). And when you need to promote somebody to a leadership role, you’ll have more people you can choose from because they’ll already be acting like leaders.

Your crew members probably don’t think of themselves as leaders yet. They think, I’m a laborer, I’m not a spotter for the trucks or I’m a pipelayer, it’s not my job to clean up the site.

Many business owners think employees have this attitude because they’re lazy or don’t care. That’s just not true. Studies show that next to money, the number one thing workers want from their employers is responsibility.2 They just don’t know what that looks like in the Dirt World.

So it’s up to you to show them. You can teach your whole crew how to take a new level of responsibility so they—and your business—can thrive.

Onboarding is when you take new team members aside and equip them for the job.

Equipping them is more than just handing out hard hats and shovels. This is when you sit people down and teach them how to do their jobs, what you expect of them on the job, who they can turn to for help, and even how they can progress in their careers. (Remember, employees want career growth, so you can help stop turnover by giving them a clear path for growth on day one.)

A lot of business leaders in the Dirt World skip onboarding because they need workers out in the field now. But when you don’t onboard your team members, they go into the workforce unprepared to do the job you hired them for.

Onboarding is especially important for novice workers because they’ve never had any training. That puts them at high risk of jobsite safety issues. For their sake—and everyone else’s—they need proper training.

That doesn’t mean you can phone it in with your experienced hires. Just because they’ve done the job for 10 years doesn’t mean they know everything. They could’ve had improper training in the past (or no training).

Besides, experienced hires have never worked for you before. They don’t know anything about your company, like its culture, policies, expectations, and communication style. Take a couple of days to teach them that, and they’ll be able to start producing great work faster than if you just send them straight to a jobsite.

At the end of the day, your employees want to feel cared for. They want to feel like you’re invested in them.

They also want to feel like they have a reason for coming to work every day. Every human being wants a higher purpose in life. Your employees want to be on a mission to slay dragons and do good in the world. And they want to do all that with people they respect and those who respect them.

That’s a tall order. To be honest, not all training programs are up to it. Much of the training that’s available in the Dirt World is so outdated and boring, it makes workers tune out. That’s not training—that’s a waste of time and money.

Employees aren’t equipped to do their jobs if they don’t learn anything. When that happens, they get frustrated and quit.

If you want to stop the cycle of turnover, you need practical, engaging training that your crew can absorb and use. Then, they’ll be equipped to do their jobs well. They’ll feel like the company is meeting their needs and feel like they’re part of a team. That sense of fulfillment creates loyalty you just can’t buy.

So, what kind of training program should you look for? You have several options. You can:

Here at BuildWitt, we’re big fans of training software. With the right program, it can be one of the fastest, easiest, and most effective ways to train your team. But don’t just take our word for it. Take a look at the pros and cons of training software to learn how it could work for you.

You're not going to be able to eliminate turnover from your construction business, but with proper training, you can go from a high turnover problem to becoming a place where people want to work. With the right investment, the majority of your new hires will come from employee referrals because people want to work at a place where leadership cares enough to invest in the careers of their team.