Is Your Crew Making Too Many Mistakes? This Could Be Why 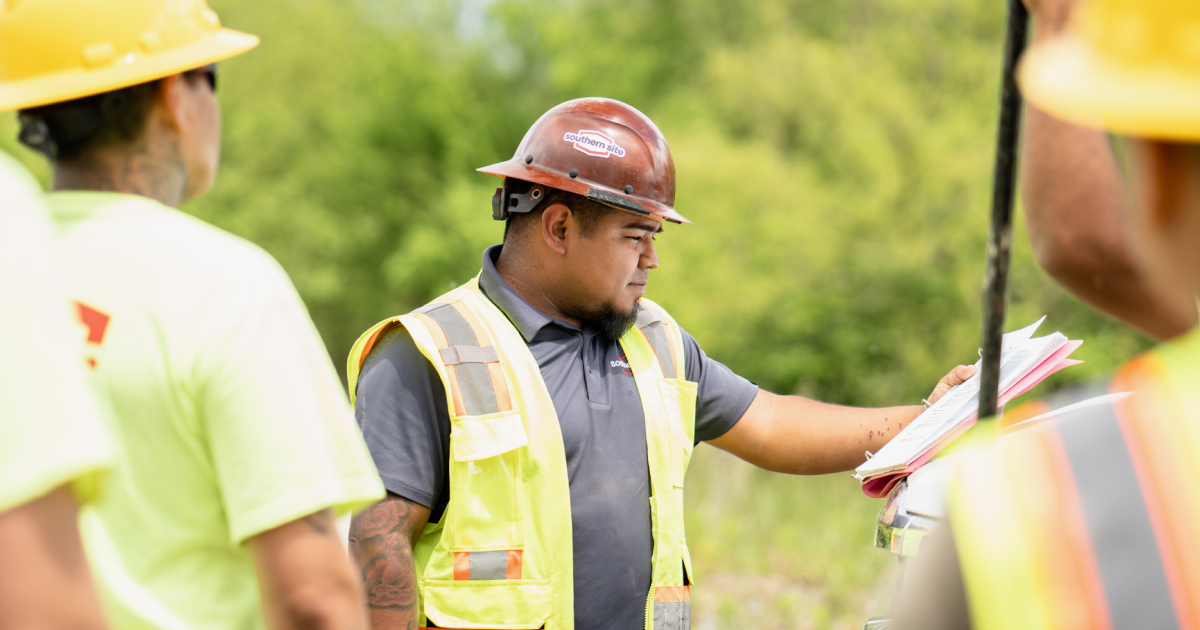 Crew mistakes cost you an arm and a leg. So if you have the chance to stop them, you’re going to take it, right? Of course you are!

Nobody wants to keep paying for crew mistakes with money, rework, employee turnover, accidents, or injuries.

To cut down on crew mistakes that lead to rework—or worse—you’ve got to learn why those mistakes are happening. Then you can get down to the root of the problem and correct it.

Here are the top three reasons crews make mistakes on the job.

1. Crews don’t know how to do their jobs

You might be thinking, Are you serious? Yes, we are.

You’d be amazed how many people have had no training or ineffective training that didn’t stick or was flat-out wrong. The fact that they can figure out how to get by without anyone truly teaching them is a testament to how great the men and women of the Dirt World are. Imagine what they could do with good training!

Here’s how ineffective, improper, or no training causes your crew to make mistakes.

Just offering training doesn’t mean it works. Your training program could be causing issues for your crew that you don’t know about. Mistakes on the jobsite are one way you can find out.

For example, let's say you train your laborers on the basics of safety, a course that covers how to be a spotter.  Suddenly, an operator backs into a pickup truck and damages it because the laborer wasn't spotting the operator.  Now the job is stalled while they figure out this mess. The job is delayed until you replace the pipe and repair the machine. You know the training course covered spotting. So why aren’t people doing it?

Before you blame them, think it over. Most crew members want to do a good job. So if they’re not, they’re missing something they need to do good work. Most crew mistakes are a reflection of the training they received.

Take an honest look at your training program and ask yourself:

You need a training program to keep your employees engaged and teach them valuable lessons without insulting their intelligence.

When we say “improper,” we’re talking about lessons someone taught your crew that—to be blunt—they shouldn’t have.

Let’s say you hired Bill as a pipelayer. Bill’s a great guy and a hard worker and has past experience. Good choice!

But nobody taught him how often to check the grade of the pipe bed with the laser or how to give proper hand signals to the operator. Here’s what that means:

You may have hired some experienced employees like Bill because you know they can already do the work. But you can’t guarantee what kind of training they had before you came along.

Even seemingly nitpicky things—like the ones in this example—can cause big problems. Imagine what could go wrong if Bill didn’t know how to vent pipes properly or took shortcuts with his welds. You could look at tens of thousands of dollars of rework on his work alone. Multiply that for every new hire he trains.

That’s why you need your own training program, so you can feel confident that everyone on the jobsite is doing the work the way you need it done.

Believe it or not, some crew members have never learned how to do their jobs. They don’t have the technical knowledge to stay safe, prevent machine maintenance issues, or spot mistakes when they happen.

Most people learn this stuff on the job over time, and they eventually develop good judgment about how to do the work. But as the saying goes, “Good judgment comes from experience, and experience comes from bad judgment.”

When your crew doesn’t know how to do the job efficiently, they’re more likely to make wrong judgments that waste tons of money. (Not to mention tear things up, slow down projects, and break down their bodies in the process.) Training helps solve those problems.

Cultural training is essential too. Crew members need to work together and believe in their mission. If they don’t feel the importance of being part of the team, they make careless mistakes, don’t point out potential mistakes before they happen, or worse, actively try to cover up mistakes after the fact.

If you want your crew to stop making careless mistakes, you must teach them to care.

2. Team members don’t communicate well (or at all)

To quote the Captain in Cool Hand Luke, “What we’ve got here is failure to communicate.”

Poor communication is one of the biggest factors leading to mistakes and rework. Communication problems could be between crew members out in the field, leaders and their teams, or the field and the front office.

It’s easy to blame others for communication issues. Laborers gripe, “That foreman never tells me what he wants me to do!” Foremen gripe, “The operator broke that excavator!” Accountants gripe, “The field crew never turns in their timesheets when I need them!” And on and on and on.

The truth is, one person is rarely ever responsible for poor communication. They might be a contributing factor, but usually, poor communicators are like pigeons. If you see one, there’s another close by.

Communication is a cultural issue within your company. Changing the culture around communication takes some work and time.

Most people feel like we’re pretty good at communicating because we know what we want and what we mean. We don’t often realize how different those things can be from what we say out loud.

So when you start suggesting ways to improve communication, people might resist at first. They might say things like, “Everything would be fine if Theresa would just do her job,” or “I always tell Trevor what to do; he just doesn’t listen.” That’s natural—humans’ reaction to change is usually to fight it and try to put the focus off ourselves.

The best thing you can do is lead by example. Become a stellar communicator, and show others how to do the same. One way to do this is to practice asking clarifying questions.

Asking for specific details about what someone did or wants helps them process what they’re saying and realize, Oh, I guess I did leave some stuff out. Eventually, they get in the habit of thinking about and vocalizing those things.

Here again, training is key. You have to teach people how to communicate clearly, and that’s a tall order in the Dirt World since this industry has its own language and ways of doing things. You’ll need to get your whole leadership team on board to help you. Even better, use training software that’s designed to help field workers in the Dirt World learn how to communicate clearly and effectively.

Foremen are usually the first to know about mistakes, and they’re also the ones who are responsible for triaging the situation and figuring out how to fix it. Ultimately if a crew mistake leads to rework, it’s on the foreman’s shoulders. (No pressure, right?)

We’ve met some pretty darn good foremen—but none of them are perfect. They’re human, and they and their crew members will make honest mistakes. Good foremen learn from those and make sure they don’t happen again.

But the whole crew is in for a bumpy ride when you’ve got an inexperienced or improperly trained foreman.

Think of the foreman as a military leader. If he misreads his charts during the strategy meeting or doesn’t order enough ammunition, he could lead his troops into enemy territory without the ability to defend themselves. Worse, the troops walk blindly into that situation because they don’t question the leader’s judgment.

Rework and crew mistakes are too expensive to become the norm. The good thing is, they're preventable. Learn how to reduce rework and keep your crews productive so you can grow your business.